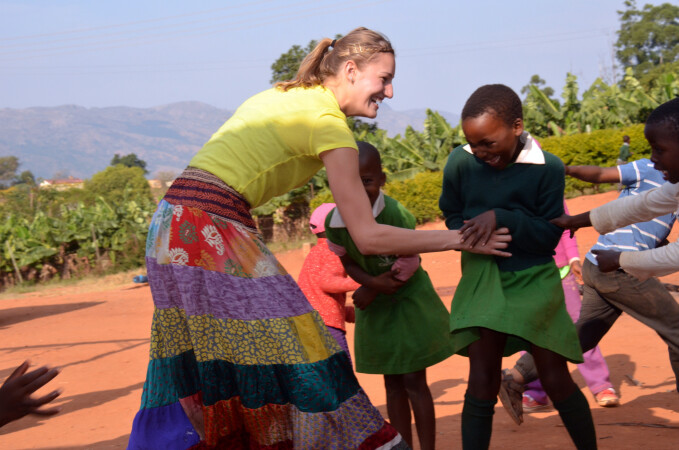 SayingYes2Love means reaching out into the world in as many ways as possible. We truly seek to make disciples of all people and share with them the love of Christ. We have had our lives changed because of Him, and we want to share that with the world. There are several ways we seek to make a difference in the world. One of those ways is by sending our people into the world to say Yes2Love. 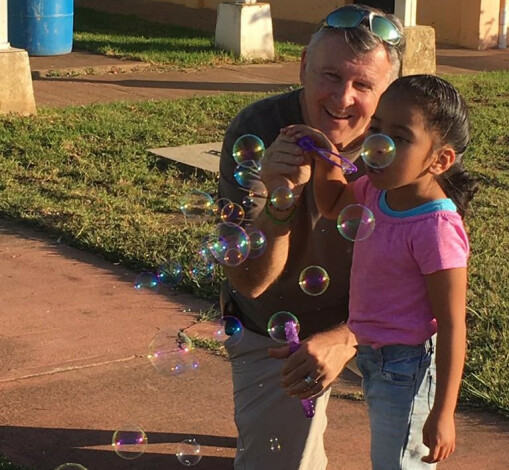 Sherwood Oaks has had a partnership with Agua Viva Children’s Home in Guatemala since 2003.  The partnership has provided opportunity for many from Sherwood Oaks to get to know and sponsor children who live at the home or go to the school.  We have also helped with many work projects that have helped AV with necessary enhancements to their property – from building a school for 300 village children, to digging trenches for bio drains to reroute animal waste as fertilizer – to paving the streets of the ‘colonia’ next to the home.  Every year high school and university students travel to Agua Viva to experience life outside of the USA for the first time.  The children, the staff, the teachers, and especially the cooks at Agua Viva create a positive environment to learn about life outside of our ‘comfort zone’ at home.  Many smiles and tears have been shared there – and many hearts touched through serving.

“The purpose of life is not to be happy.  It is to be useful, to be honorable, to be compassionate, to have it make some difference that you have lived and lived well.” RW Emerson 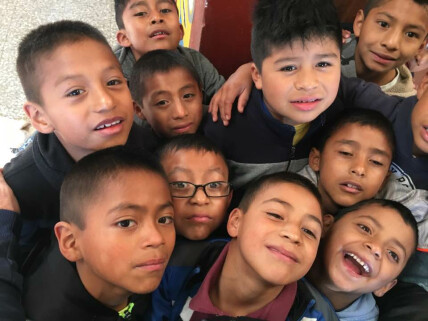 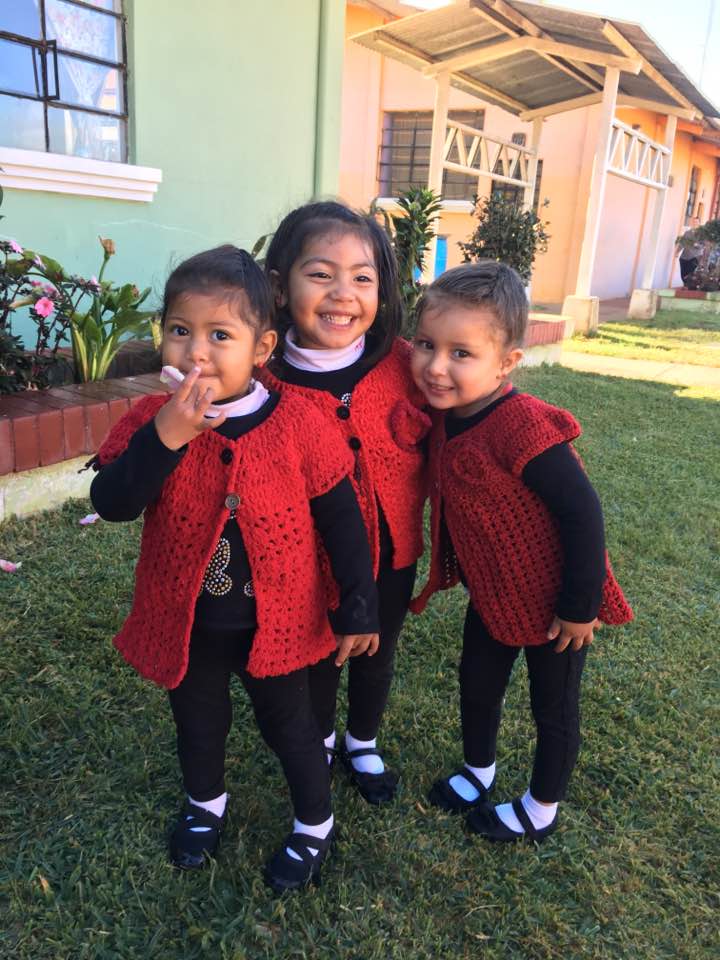 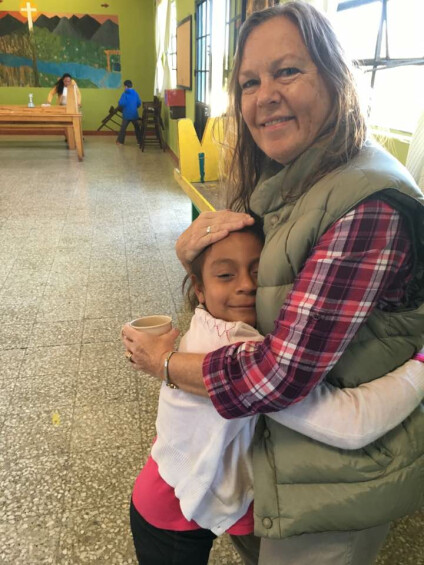 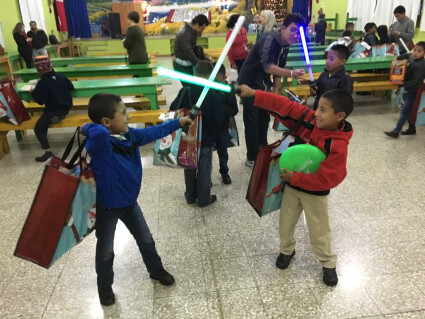 The Pourhouse Café
According to UNICEF, and estimated 150 million children world wide are engaged in child labor. Millions are sold into slavery with the promise of a better life. CICM is committed to "buying children back" and providing opportunity for them to live a purposeful life in Central India. PHC is proud to be partners with CICM. Thank you for your support! 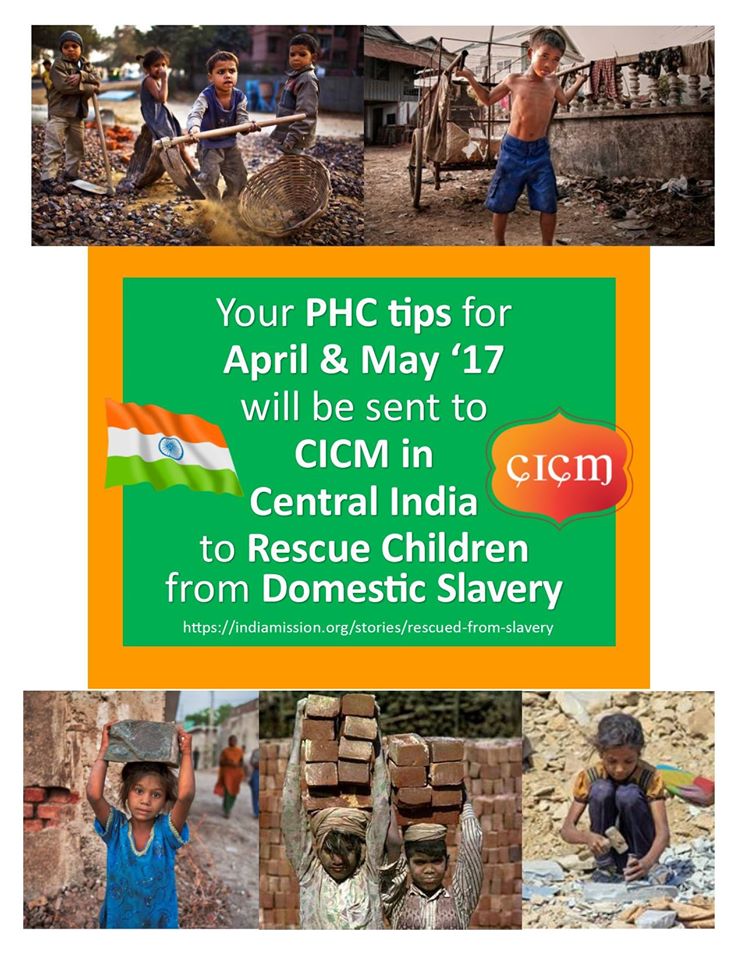 Kurdistan is a region in Northern Iraq with limited self-governance. The Kurdistan Regional Government or the KRG includes the larger cities of Mosul on the Tigris River and Erbil to the East. Mosul is the ancient city of Nineveh.  The Kurds are proud decedents of the Medes, spread over Turkey, Syria, Iran and Iraq.

Throughout the history the Kurds have pushed back against the Turks, Arabs and the Persians to establish an independent state - but have always been defeated. Most recently the Iraqi Kurds were victims of genocide by chemical weapons unleashed on them by Saddam Husain in 1988 killing over 5,000 with poison gas.

In their struggle for independence, they have grown a strong sense of empathy for the oppressed. They are now hosting over two million displaced people from the occupation of the Islamic State in their region and beyond.

During Easter 2017, we visited several Christian villages that had been occupied by ISIS. Some houses were flattened by mortars and air strikes.  Centrally located churches were used as ISIS headquarters, sniper towers and shooting galleries.  Graffiti disrespected the cross and our faith.  Books and musical instruments were burned.  Hatred and violence hung in the air.

The village of Telleskof had over 7000 inhabitants before ISIS arrived.  In the middle of the night, fleeing members of the neighboring village warned them that ISIS was moving quickly in their direction.  They grabbed what they could and ran for their lives.  Fortunately, the Christians of Tellesckof escaped with few casualties.

We were able to survey some of the damage around Telleskof and visit with a few of the 400 brave residents who have returned. They know that it will be a long time until the village establishes a “new normal” – but they are thankful to be there to help make that happen.  They couldn’t stop praising their neighbors from Batnia who fled a fierce attack to warn Telleskof that ISIS was coming – saving their lives.

The majority of the villagers of Telleskof are living in IDP camps. They left their productive land, their properties and their family savings in the houses that ISIS occupied.  Their lives had been very much like ours in middle class America.  It’s been 3 years now, and they are still living day to day in tent cities with hope of returning someday.

Resettlement priorities begin with clean water, electric power and medical care. This village of Telleskof is the place where our funds were used restore water lines and a back-up generator for the medical clinic. Phase 2 of our project is to dig a well to provide clean water for the village.

We hope to continue to help the Telleskof community - maybe even go there to help rebuild homes, clean up rubble and patch bullet holes. We have been given a God-shaped opportunity to come along side these Christian brothers and sisters – to assist them during their time of need.

Please keep the people of Kurdistan in your prayers. And ask God what role you can play in their resettlement.  And if you’re interested, contact Brad Pontius for a more thorough report on our time in Kurdistan.

The  Annual International Furniture Giveaway isn't until August, but we need help all year long!

Donate Household items during the month of June: Drop your household items (should be carriable with one hand) at any Sherwood Oaks location in June. Please clean items before donating. Items needed include pots, pans, cups, utensils, plates, mattress covers, all linens, pillows, desk lamps, and small kitchen appliances.

Donate Storage Space: The FGA is always looking for places to store furniture and household items, especially during the March-August collection season. If you have available space or can lend us a cargo trailer for use through August, contact Steve.

Give Financially: Donate online at socc.org/give or indicate "FGA" on the memo line of your check.

Mexico Family Camp is a week of camping, serving, and growing together. Families meet in San Diego to travel together across the border to the Amor Family Campsite in Rosarito, Mexico. We stay together in a tent city where everyone gathers for incredible dinners and evening sessions around the campfire. Each day begins with family devotions and a hearty breakfast before boarding vans for the work sites. Family teams of 25 work each day to build homes for needy Mexican families. Each year, families are deeply touched by the experience of working together, worshiping together, and growing together.

Be prepared for God to stretch you physically, mentally and spiritually. Don’t miss this opportunity to touch the lives of Mexican families through your service, while you impress upon your family the things that matter most to God. You’re building more than a shelter - your family is giving hope.

Click here if you would like to support any of our individuals or families going to Mexico.

Fundraising packets are available.  All funds raised are applied directly to your individual project costs. Contact Norma at

Sherwood Oaks is proud to sponsor over 35 missionaries and mission organizations around the world.

Change the world and sponsor a child 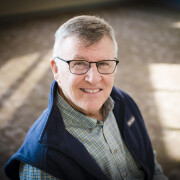 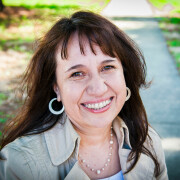