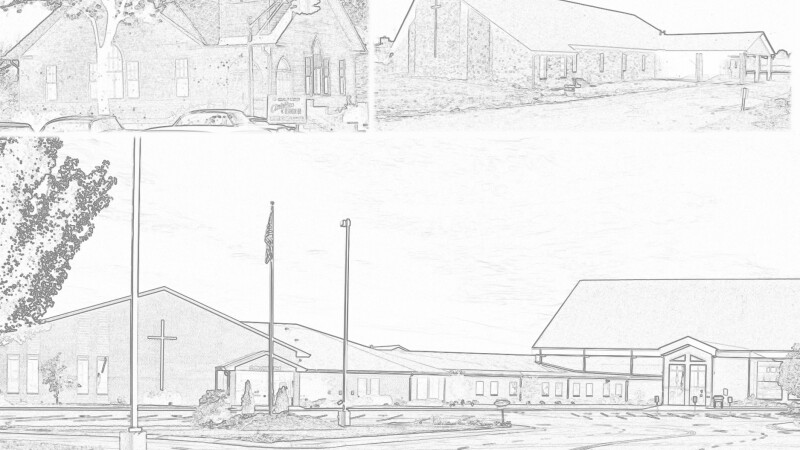 Today, Sherwood Oaks Christian Church is one of the largest churches in southern Indiana, but it hasn’t always been that way. In fact, Sherwood Oaks had a rather small beginning with only five members. The tiny seed, planted in 1962, is growing into "oaks of righteousness, the planting of the Lord, that He may be glorified" (Isaiah 61:3).

The founding minister, Herb Lentz, had a dream to see a vital church, growing and maturing from its humble beginnings into a place where God and His Word were honored. Today, we strive to have this same passion, entrepreneurship and trust in God as we seek to live out the Yes2Love vision together.

Here are some key steps in our growth as a church:

Funds were tight for the church during this time. Everything done at and for the church was done by volunteers. About the early years, Martha (Clark) Hoover, a charter member, says, "We all worked hard. Sometimes it was a struggle. But it was worth it."

"Everyone here is so sincere. You have integrity. You have real leaders. There has always been a lot of unity," says Elsie Ellsworth, Marriage Coordinator. Her dream is that Sherwood Oaks "remains faithful and united and that we continue to work together. We have to remain faithful to the Word, especially in today's world. We can continue to make an impact and reach more and more people that need to hear God's message."

In a society where we hear “no” an awful lot (with so much negativity and criticism), Sherwood Oaks is different. Simply put, we are a people that say YES! We say yes to God’s love, and we say yes to loving and serving others. We say Yes2Love.