​There have been many times in my life where I have felt like a living, breathing double 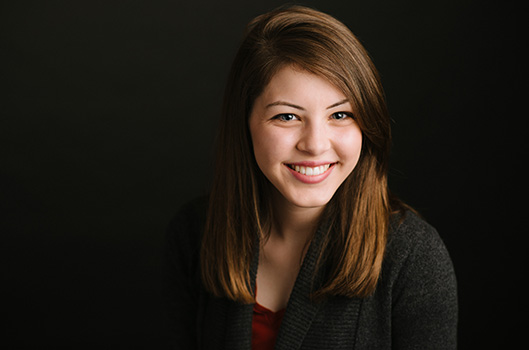 standard. Although I was raised in the Church, I have not been able to escape the pitfall of saying I am following the Lord when in actuality my actions speak otherwise. In these periods of wandering, I have listened to the voice inside me condemning me for my wrong actions and inflating them to become my self-definition. From there, my mind starts racing with comparisons. Looking to the people surrounding me, I find all kinds of examples of Christians who, in my mind, have no need for grace because of their great faithfulness to the Lord. Never could they be as sinful as me and never could Ibe as faithful as them. In all of this self-deprecation, I become blind to the fact that comparing myself to idolized versions of people may not be the best cure for my dilemma, much less that the path to the cure may actuallystem from remembering someone like Abijah.

​Abijah ruled over Judah for three short years. But in that time, he committed many sins, similar to that of his father, Rehoboam, and failed to fulfill the standard of faith set by his great-grandfather, David. During Abijah’s rule, the kingdoms of Judah and Israel went to war. Abijah gave a fiery speech and claimed a faithfulness to the Lord superior to that of Israel, saying, “But as for the Lord our God, we have not abandoned him” (2 Chronicles 13:10, NLT).  But even as Abijah spoke those words, God knew that statement did not ring true. He witnessed Abijahconstructing this double standard, crediting himself and his nation with an incongruous faithfulness in a grossly impudent manner.  But instead of allowing the shame and defeat Abijah deserved for such an offensive hoax, God rescues him and his nation and moreover gives them victory in battle.

​My mind immediately jumps to these questions: How can God be so faithful to the faithless? How can He overlook those audacious offenses of Abijah and bless himinstead? The only answer that I can muster is the undeniable and most definitely unexplainable love of the Father. For the love of His people, God spared Abijah the immediate consequences of his sin and allowed what little faith he had to be highlighted and redeemed.

​In looking at the story of Abijah, I remember that the same is true for me in my double standards. I may live with only a pinch of the faithfulness that God deserves from me, yet I have been spared of the consequences of that offense because of the love of Jesus. God disregards my hypocrisy and instead sees me with the grace that comes with perfect love, the cure to all of my hang-ups. So in times of failure when it is easy for me to drown in all that I am not, I must fix my eyes on what I am—irrevocably loved and forgiven— and what that strengthens me to be.